Tracy Dugan started baking her signature tarts and brownies in 2004 and for the first 12 years her cottage bakery traded at farmers markets, events and food festivals as Love Patisserie.

Many of you will recognize her trademark stalls with wooden trays stacked with delicious tarts, brownies and cakes on bright gingham cloth at events such as Ludlow Farmers Market, Ludlow Food Festival, Hay Festival and Abergavenny Food Festival.

In 2016 Tracy and her partner Ben decided to change the name of the business and opted for bricks and mortar over market stalls and opened Dugan’s Patisserie (Kitchen & Bakery) on Tower Street in Ludlow, Shropshire.

In 2019 Tracy entered the British Great Taste Awards for the first time and both her caramel & banana and honey & walnut tarts were awarded with one and two star awards respectively. 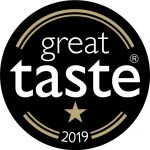 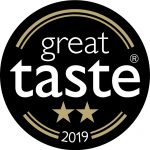 Initially Dugan’s counters were filled with sweet treats but over time the selection has grown to encompass savoury tarts, salads, sandwiches to provide delicious lunch combinations quickly adopted by locals and visitors alike.

Out of this selection we’ve created an online store where some of Tracy’s tastiest creations that can survive the rigors of transport are available for delivery direct to your front door.